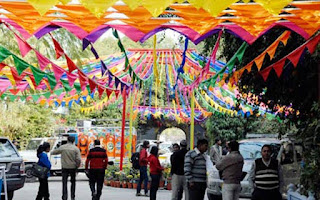 Literary festivals are usually annually held literary events in a particular city that are organized in celebration of literature. These events attract a large numbers of writers and readers all around the world who share similar interests and ideas in literature.
Literary festivals also serve as an avenue to connect with fellow writers and readers, with some added advantage in meeting potential publishers and writers who might help one brush up one’s writing skills, as well as, learn from veterans who have more experience in the writing career.
Most of these events features storytelling, several presentations and readings by authors, promotion of books among many interesting and fun activities.

The Importance Of Literary Festivals

Literary festivals generally, serve a variety of functions. Their importance however, depends on the festival and the goals they hope to achieve.
As stated earlier, it foster more connection between writers, readers and publishers, thereby serving as a bridge for more relationship. It also helps in the promotion of books.
In addition, it offer space for public debate and deliberations.

Which is the largest literary festival in the world?

The Jaipur Literature Festival, or JLF, is considered the largest annual literary festival. The event is held in India city of Jaipur each January. It was founded in 2006.